Julien Paré-Sorel is a comic book author, illustrator and VR artist based in Montréal (Québec, Canada). Julien has always told stories through his drawings, especially featuring characters from fantasy and sci-fi universes. After his bachelor’s degree in Comic book Arts at UQO, he was published in various collectives and illustrated novels. He is the artist behind the serie Étienne and Charlot (Les Débrouillards), Léthéonie (Front Froid), inker for La Ligne rouge (Front Froid), Strip-O-nirik (Kaijulien éditions) and the serie Aventurosaure (Presse Aventure). For more than 14 years, he has been teaching comic workshops in schools and libraries throughout Canada and abroad. Julien has been involved in the Front Froid initiative for a long time, an organization that publishes imaginary-themed comics in Québec. In 2011 and 2014, he completed creative residencies in Mons (Belgium) and Lyon (France) respectively. Julien also attended numerous festivals such as Delémont BD in Switzerland, Lyon BD Festival in France, the International Comics Festival of Alger in Algeria and a workshop at Tsukuba University in Japan. He has won several prizes in the last few years, including the Bédéis Causa for Best french comic book for youth in Canada, also the Dragon prize at the Joe Shuster Awards, for his album Aventurosaure 1: Le réveil de Rex. He is currently working in his Montréal studio with his faithful assistant, Abu the dog-monkey. When Julien is not creating comics, he likes to ride his bike, play video games, practice aikido and watch kaiju movies. 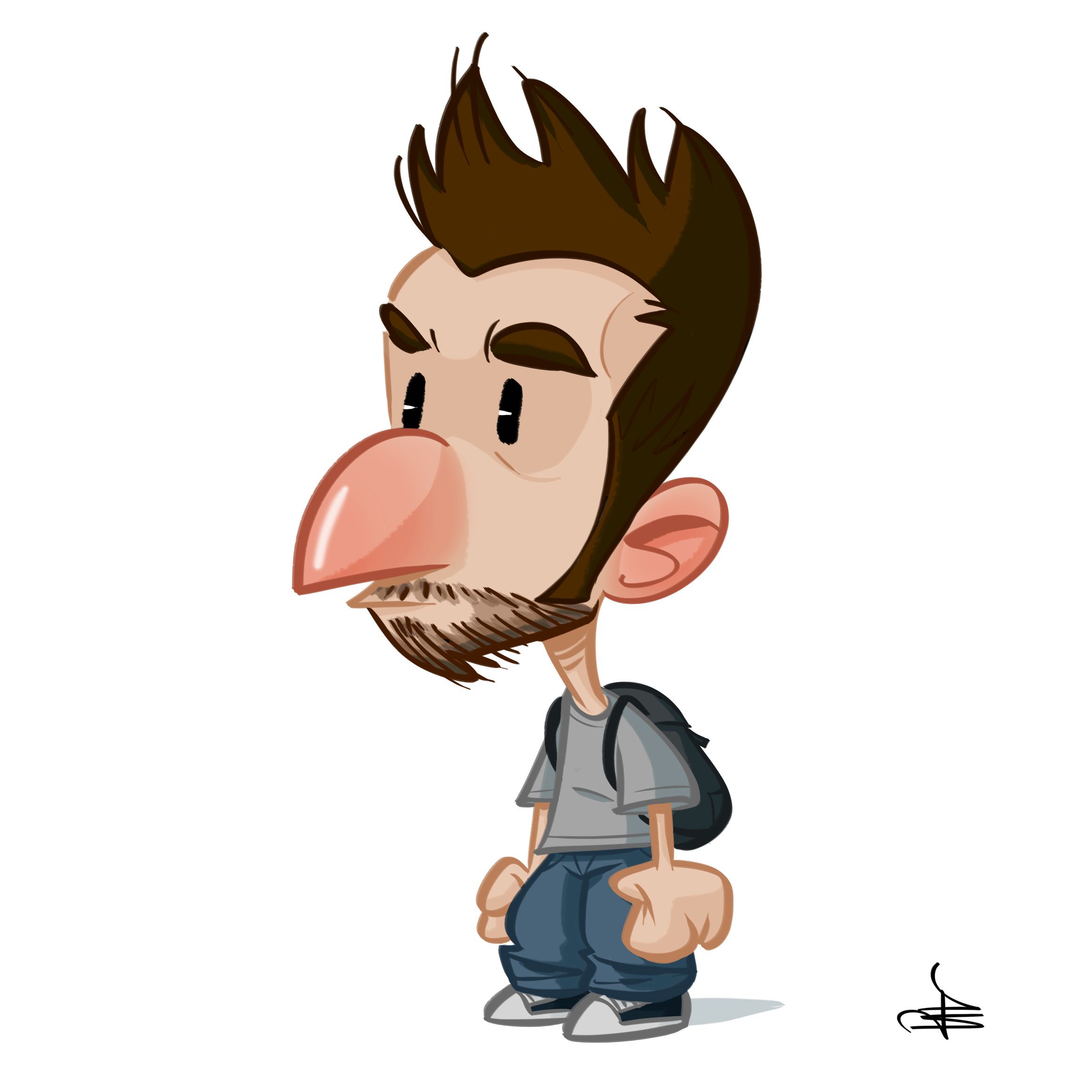