Jon Claytor is a Maritime-based artist, painter, and writer. He is a co-founder of SappyFest, an independent music and arts festival and was a bartender and co-owner at Thunder & Lightning Ideas Ltd. in Sackville, New Brunswick. Jon is a father to five children and, for him, being a father is the biggest part of being an artist. Jon Claytor’s work ranges from oil painting and watercolour to filmmaking, and he recently became a comic-writer. He worked with Ingram Gallery in Toronto and exhibited his paintings in Los Angeles. Jon holds an MFA from York University (2012), attended Nova Scotia College of Art and Design University (1991), and holds a BFA Mount Allison University (1998). 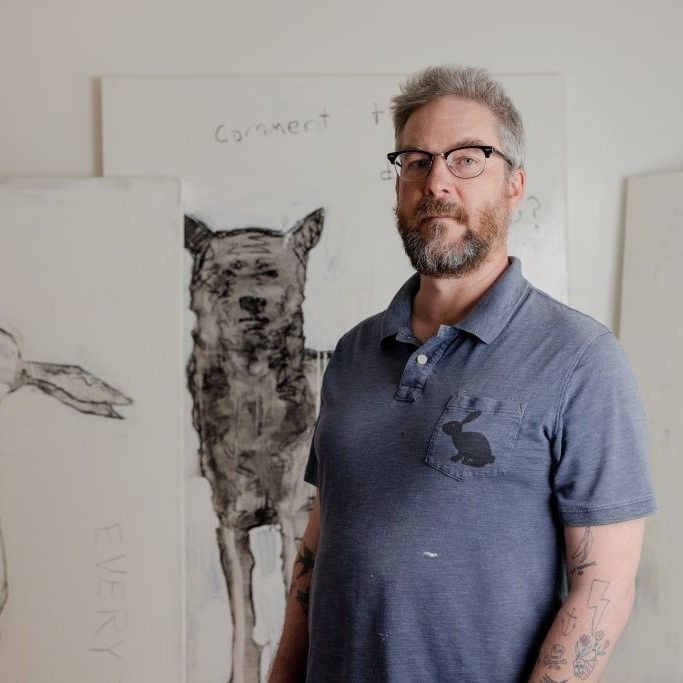