David Gauthier, like many others, discovered his interest for the comic books when he was a teenager. From drawing sessions during D&D parties to "Mutang" cases on squared paper sheets between two high-school courses, his pencil never leaves him. Assumed geek, his video games passion will bring him to be an artistic manager in the domain. He owns a bachelor degree in graphic design he also held the position of director of military miniatures production while being a free lancer graphic artist. His most recent book "Le poids du vide" was nominated at Bédélys for best Quebecker independent comic book. 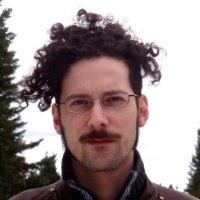