Jerel Dye is a cartoonist, illustrator, and artist living and working in the Boston area. He has several self-published mini comics and has stories in anthologies like Inbound, Minimum Paige, Hellbound,and the Little Nemo tribute Dream Another Dream. He is currently working on his first graphic novel, written by Nick Abadzis, to be released by First Second Books in 2017. In 2012, he received the MICE comics grant for his mini-comic From the Clouds. Jerel also teaches courses in drawing, cartooning and comics in Boston, Massachusetts. 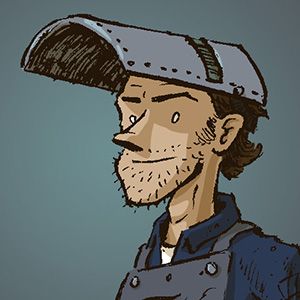