Originally from Quebec and established in Beauce since 2006, Marc Pageau has been evolving in the fields of caricature, illustration and comics as a freelancer since 1991. After obtaining his bachelor's degree in Visual Arts from Laval University, he works for several magazines, including Safarir and Solaris (literary science fiction magazine). Throughout his career, he has drawn hundreds of illustrations for various organizations, including school publishers. As a live caricaturist, he has been working at the Salon du Livre de Québec for ten years, as well as for several corporate events. In 2015, he published a fantasy illustration portfolio entitled Carfaxitude at Moelle Graphique. He participates as a comic book author in the collective album René Lévesque - Quelque chose comme un grand homme published in 2021 by Moelle Graphik editions. 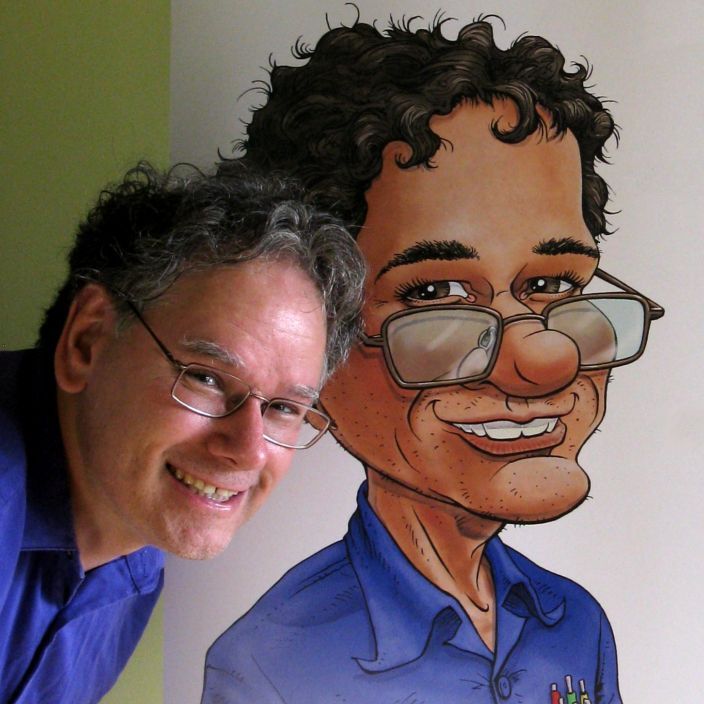