Danièle Archambault, Ph.D. (Linguistics) is an artist, author and researcher who is interested in visual storytelling as a way to document a society’s cultural, history and linguistic landscape. A tenured professor in the linguistics department at the University of Montreal until 1998, she now lives in Palo Alto, California. She published over nine comics and graphic novels: Stairway stories, Québec-California, La sobriété volontaire (A Year Without a Drink) Calendrier de l’Avent et du temps des Fêtes, Smiling through the mask, Rires sous masque, etc. She has had solo and group exhibitions (juried) in Canada and in the United States. She teaches the art of visual storytelling (comics, graphic novels, children books, etc.) at the Palo Alto Art Center and other cultural and educational venues, from primary school to university level. A regular guest speaker on documenting culture and dialects through visual narratives, she is the co-founder of the Northern California educational program French language and culture through comics. Originally from Montréal, she now lives in Palo Alto, where she has been an artist-in-residence in the CASP program, City of Palo Alto (CA), since 2014. 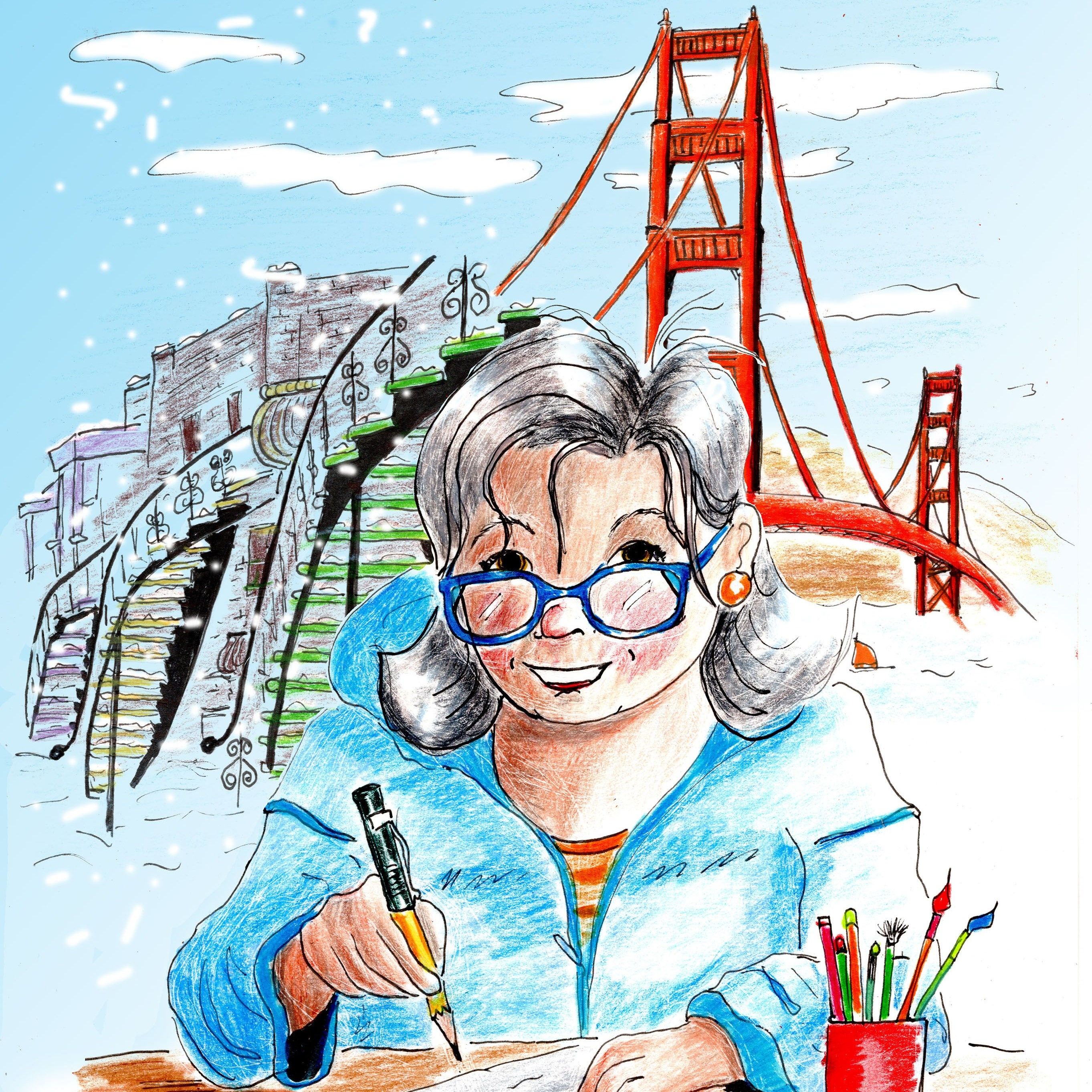