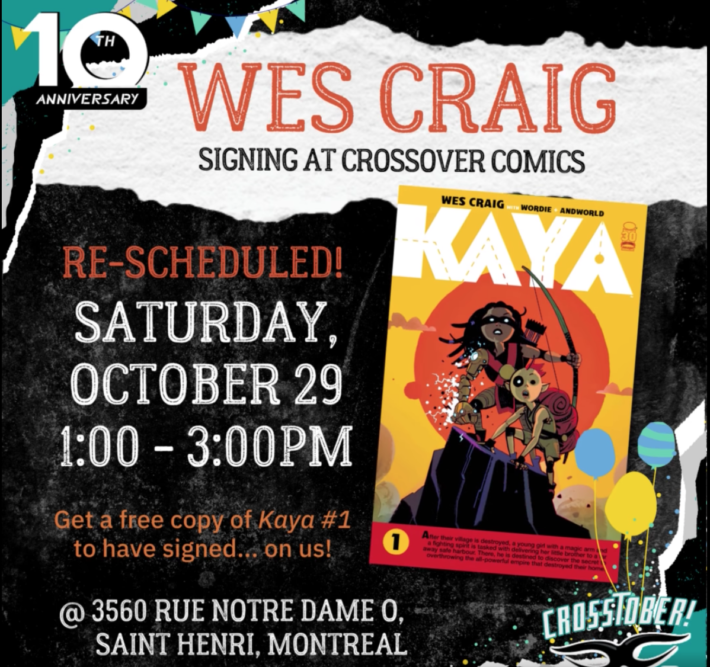 On October 29, Crossover Comics will be hosting local comics hero Wes Craig for an epic signing. Celebrating not only our 10 years of existence, but also the release of Kaya #1, it is only apt that we give away FREE COMICS! Yes, you are reading right: along with the rest of your Wes Craig library, show up to the signing and we will gift you each a complimentary issue of Kaya #1 for him to sign, FOR YOU!

Drop in at 1am to 3pm to celebrate with us and Wes Craig! If you are a comics aficionado and saint who already had Kaya #1 pre-ordered or on your pull list and got it on October 5th at release, we will credit you at the signing.

Kaya is the story of siblings surviving in a world of monsters and mutants. After the destruction of their village, a young girl with a magic arm and a fighting spirit is tasked with delivering her little brother to a faraway safe haven. There, he’s destined to discover the secret to overthrowing the all-powerful empire that destroyed their home.